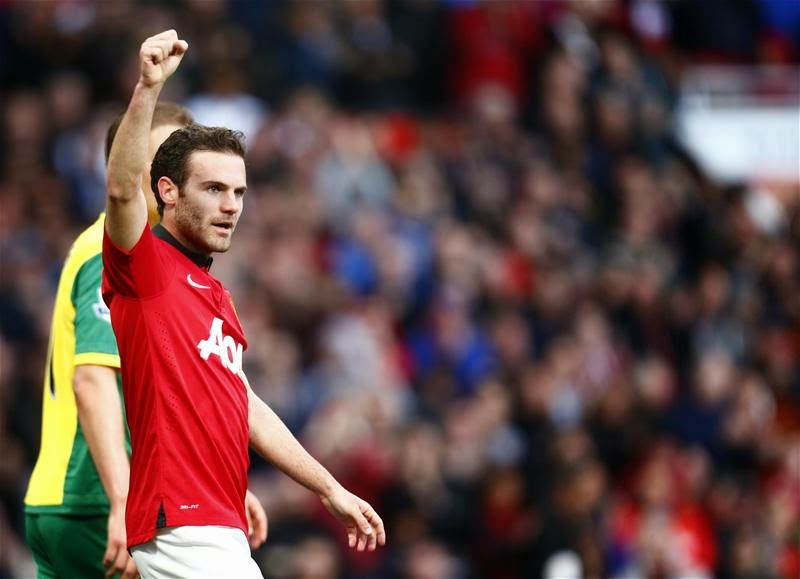 Juan Mata has claimed that he cannot wait to get back into the swing of things at club level, as he nears the end of his holidays following a disastrous World Cup with Spain.
Spain endured a horrible attempt to defend their World Cup title in Brazil this summer as they became one of the first sides to be eliminated from the competition, suffering consecutive defeats to Netherlands and Chile, rendering their victory over Australia in the final round of matches meaningless.
Mata enjoyed a fine start to his career with Manchester United after signing from Chelsea for a fee of £37 million in January, but will have to start afresh again once he returns from his holidays, with Louis Van Gaal now in charge of matters at Old Trafford.
The Spanish playmaker will face increased competition ahead of the new campaign with United making a string of signings and Arturo Vidal potentially the next through the doors, despite the insistence of Juventus that he is not available for sale.
Mata has gotten over his miserable international summer now and is relishing returning to domestic affairs, taking to social media to say, “About to finish my holidays and after being ‘off’ for some weeks, I can’t wait to start the new season!”
http://www.squawka.com/news/juan-mata-raring-to-go-for-start-of-man-uniteds-season/142796
Publicado por Purilla en 9:16