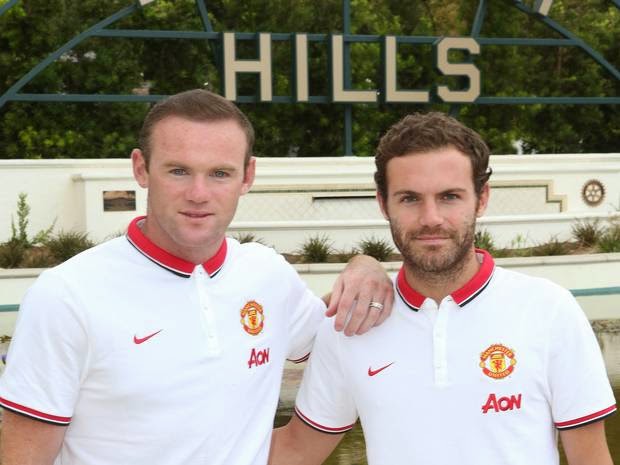 Juan Mata thinks Manchester United will be challenging for silverware this year under Louis van Gaal.
When Mata signed for United last January, the club were in the midst of a dreadful run of form that cost manager David Moyes his job.
Despite the £37.5million arrival of the Spaniard, United could only finish seventh and Moyes was replaced by Van Gaal.
United fans will get a first glimpse of their new boss in the dugout on Wednesday night when the Red Devils take on the Los Angeles Galaxy at the Rose Bowl in Pasadena.
Van Gaal has only been in his position for six days, but his arrival has injected optimism into a squad previously short on confidence and Mata is looking forward to a successful season ahead.
United finished 22 points behind winners Manchester City last term, but Mata sees no reason why his team cannot challenge for the Barclays Premier League and other trophies under the vastly experienced Van Gaal.
"It's the start of a new era for the club, with a new manager and players coming in," United's club-record signing said.
"I'm really happy with the manager's style of football and hopefully at the end of the season we can celebrate something, which would be amazing for him and for us.
"We're focused on improving and trying to learn from the manager, to play at our best level during the season. The main idea is to play as a team and compete for titles."
http://www.independent.co.uk/sport/football/premier-league/juan-mata-really-happy-with-appointment-of-louis-van-gaal-as-manchester-united-manager-9618908.html
Publicado por Purilla en 9:09