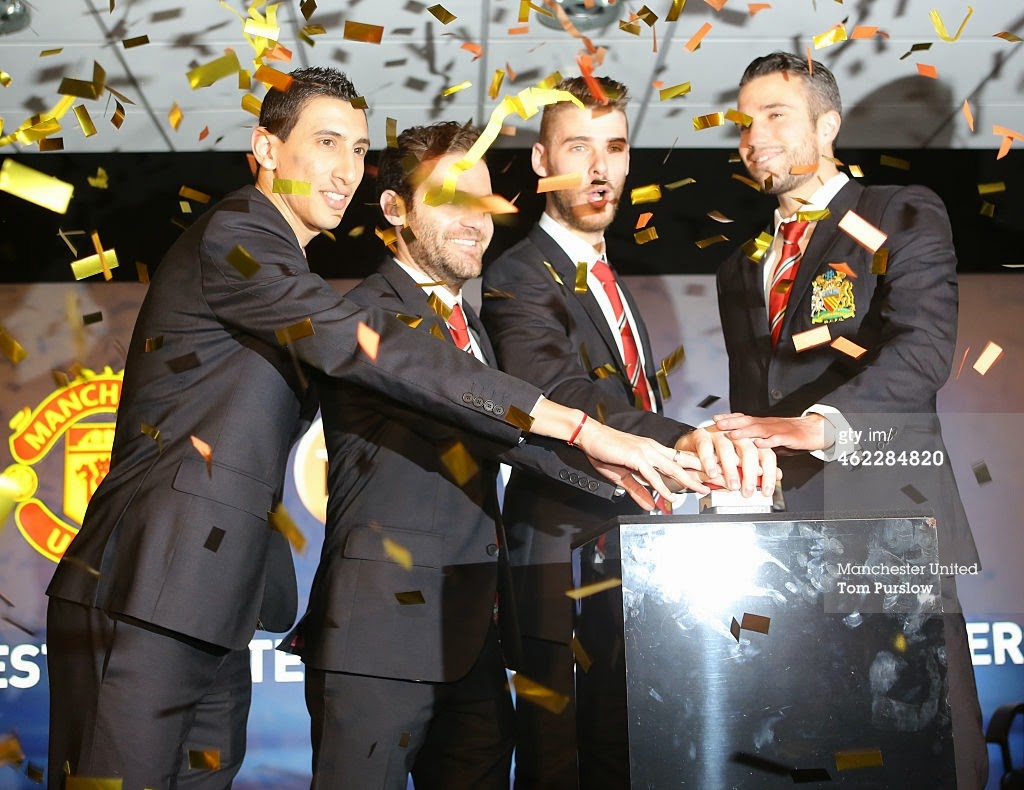 Angel di Maria and Juan Mata appeared to be in good spirits as they joined David De Gea and Robin van Persie to launch Manchester United’s new partnership with Swissquote on Monday.

The Red Devils announced the deal with Switzerland’s principal online bank to make it United’s first Official Global Forex and Online Financial Trading Partner.
And the four United stars looked to be in upbeat mood, despite their disappointing goalless draw with Cambridge United in the fourth round of the FA Cup on Friday night. 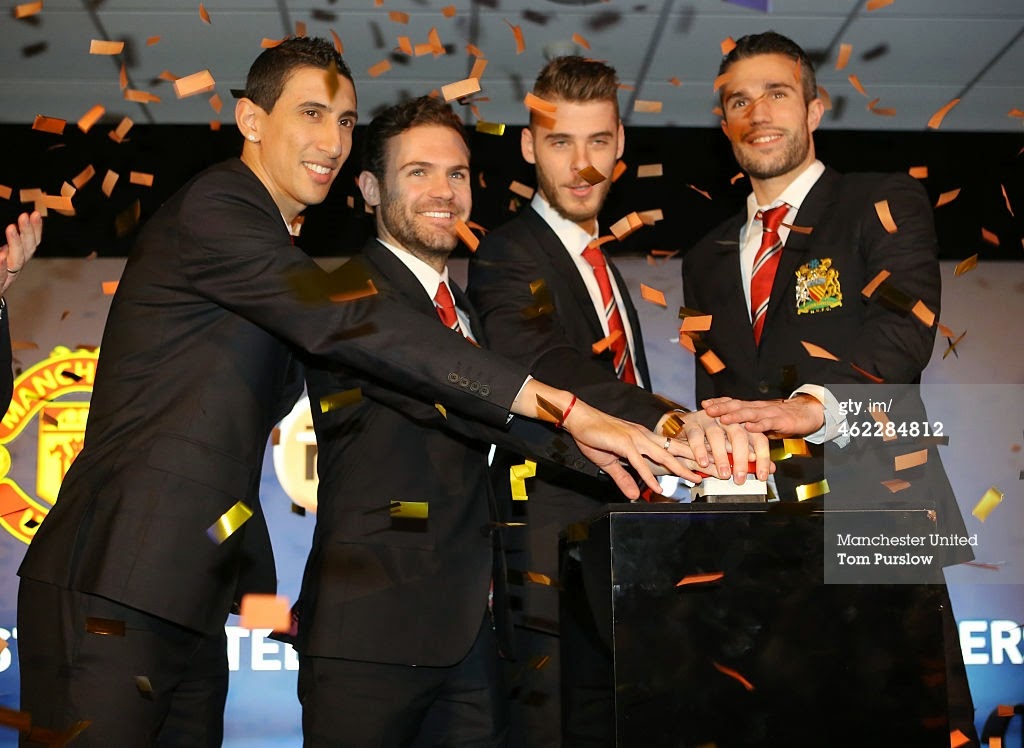 Swissquote’s services include online trading, foreign exchange as well as online private banking to its network of retail and professional customers.
“Swissquote are one of the top 10 largest Forex brokers in the world and are by far the strongest and most reliable competitor in the market,” said Manchester United Group managing director Richard Arnold. 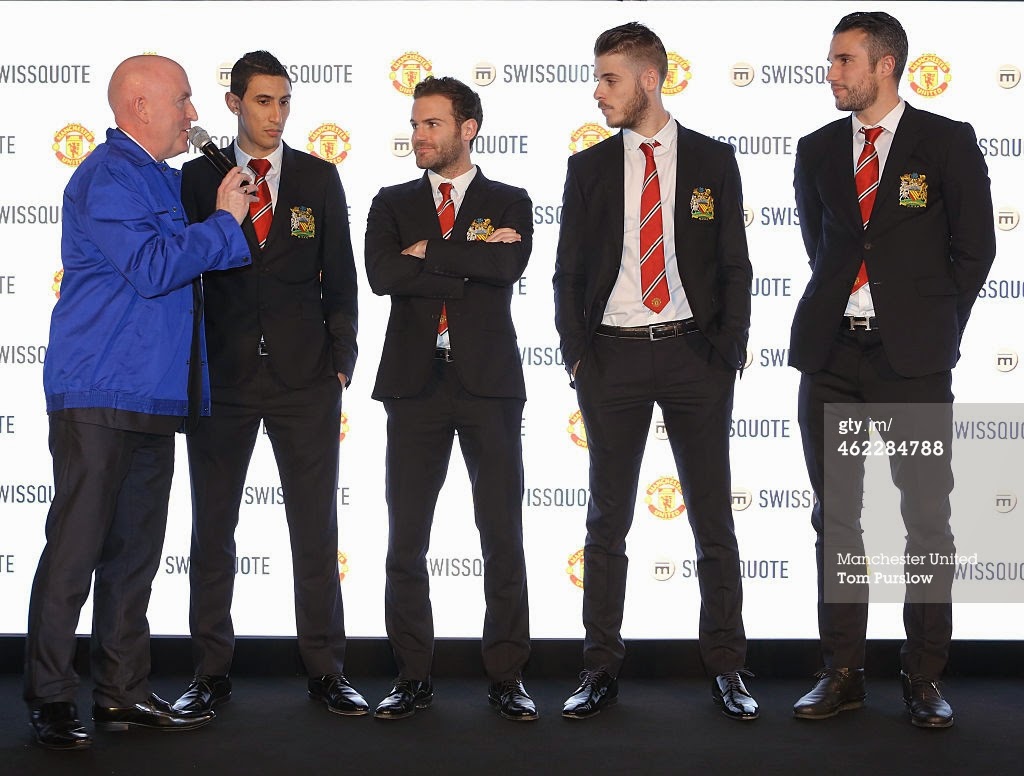 “The technology and services they offer are superior to anything else available, offering customers the ability to take their finances into their own hands. 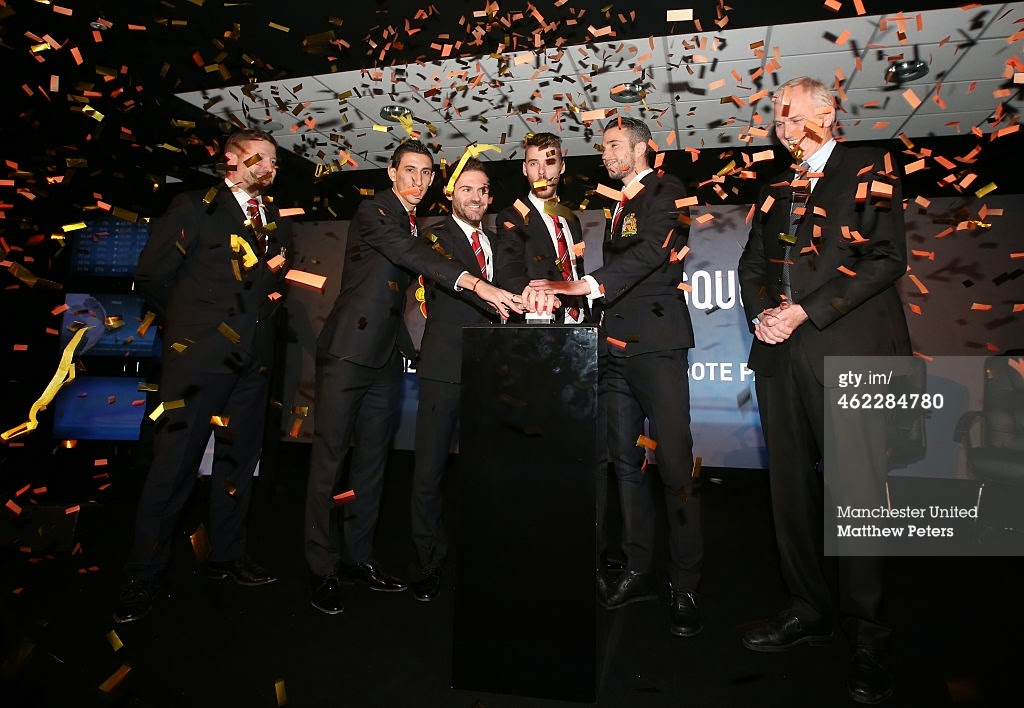 “Much like Manchester United, Swissquote strives for perfection, looking to innovate, influence and enhance the industry it works within by recreating the future of banking.”
The Swissquote trading room is connected to over 60 stock markets in over 40 countries. 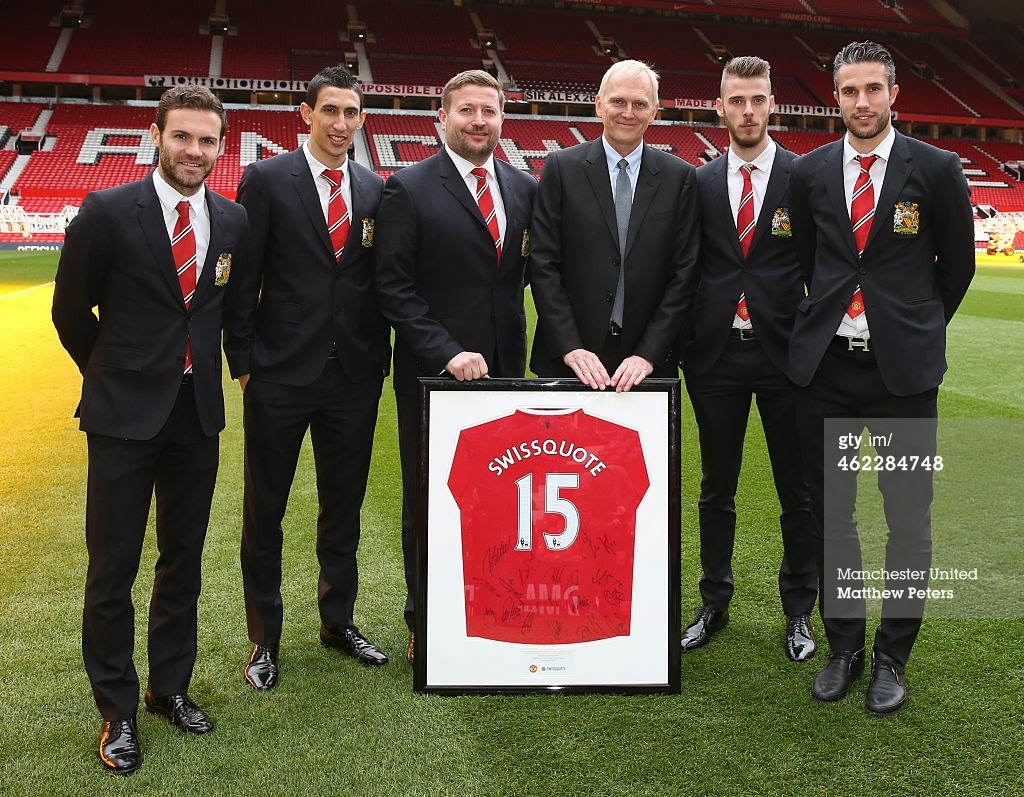 By teaming up with Manchester United, Swissquote’s ultimate goal is to work with the club to share its expertise to a wider global audience.
http://www.thesportreview.com/tsr/2015/01/photos-angel-di-maria-and-juan-mata-all-smiles-at-man-utd-sponsor-launch/
Publicado por Purilla en 11:04