JUAN MATA has explained he is surprised at how quickly time has flown by for him at Old Trafford.


The diminutive Spanish playmaker joined Manchester United from Chelsea in a £37.1m deal last January and marked his one-year anniversary at the club last week.
Mata has hit some good form in recent weeks and has chipped in with five league goals this term.
Whilst a draw in the FA Cup away to Cambridge on Friday raised eyebrows, Mata insists he has enjoyed every minute with the Red Devils.
"Time flies! It seems it was yesterday when I stepped on Carrington for the first time, when I met my team-mates and had the first training session with them," Mata wrote in his blog One Hour Behind.
"Twelve months have gone since then, and the truth is I feel like everything has passed really fast.
"In this 365 days I have lived many special moments, with a lot of good times and some disappointments too, but I have always felt privileged for being where I am. 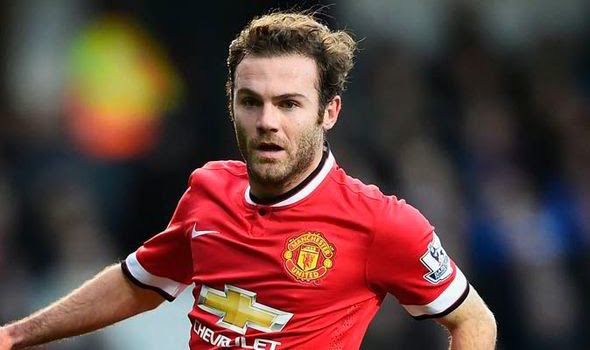 "The United staff, the fans and my team-mates have been fantastic with me since the very first day, and it’s because of them that Manchester United is such a great and important club worldwide.
"For all these reasons and many more I want to thank you all and to keep the same mentality that I had when I came here: to compete, to get better and to do my bit for the benefit of the team and the club."
Mata also thanked the fans for their continued support and says he hopes to share some more special moments with them in the future.
He added: "Thank you once again for being there, day after day, week after week and year after year.
"I have lived a lot of things in my first year in Manchester United, I’m very happy and I hope both you and me enjoy great moments in the future."
http://www.express.co.uk/sport/football/554287/Juan-Mata-Man-Utd-anniversary-reaction
Publicado por Purilla en 11:22