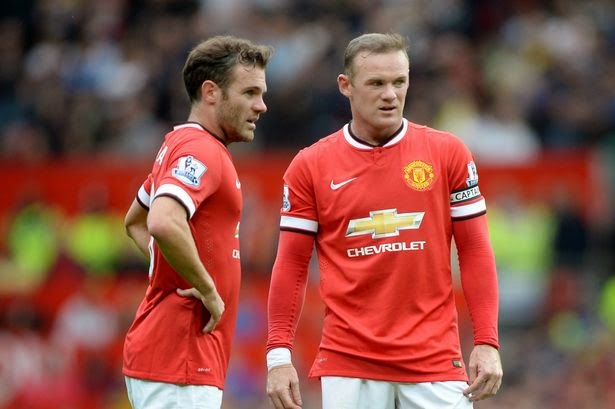 Juan Mata has insisted it’s too early to write off United’s title chances.
Louis van Gaal’s side lost their Premier League opener to Swansea at Old Trafford on Saturday.
Mata accepts the result was a ‘disappointment’ after a successful pre-season.
But the Spanish midfielder insists there’s plenty more football to be played this season.
Mata said: “It was a big disappointment, that’s the truth. We were hoping to make a good Premiership debut in Old Trafford, but it is also true that this is just the beginning.
“We need to set a regular pace and learn from our mistakes.
“The champion last season was the team that, of the top four, was leading the table less days in the last two weeks.
“In order to get to our goals, the goals this club and our supporters deserve, we know we have to be better than we were on Saturday
“Anything you want to achieve, you need to put a lot of effort in it and that is what we are going to do.
“Learning from a bad result will make the team grow and move forward in this new stage.”
Mata was part of the United squad that won all five games during their tour of the United States this summer.
They beat Roma, Inter Milan, Real Madrid and Liverpool on their way to lifting the International Champions Cup.
And the 26-year-old says the players should shoulder the responsibility for the defeat to Swansea because they didn’t carry the work they’ve done with Van Gaal over the summer into the first competitive game of the season.
Mata said: “The US tour produced two very positive weeks, both in terms of results and performance.
“Those good feelings were to be transferred to the first official game.
“That’s what we wanted, yet we didn’t do it. We couldn’t manage to show what we had been working on in previous days. Swansea had a very solid game and things got tough for us after their first goal.
“We tied the game and had chances to score again but we didn’t take them, and later on we conceded a second goal and lost the match.”
http://www.manchestereveningnews.co.uk/sport/football/football-news/juan-mata-still-believes-united-7634572
Publicado por Purilla en 9:06